Last chance to SAVE THE GREENBELT 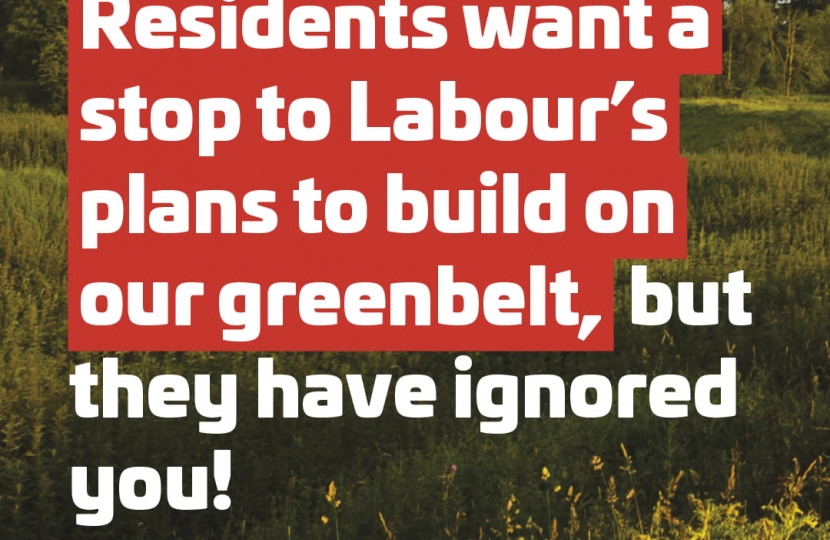 Last chance to SAVE THE GREENBELT. This month or possibly next month the actual date has been extended from the original date "more smoke and mirrors from this Labour run Council".  (The extension was announced by the council on the 7th of October 2020 ) However ,the last draft of the Greater Manchester Spatial framework will be voted on, in the very near future. This plan is horrific and will only see more development on the Timperley Wedge (Thorley Lane). This will take away our last bit of Green space in Timperley and Hale Barns and will see the same in Sale West and Carrington Moss, the Moss in particular means losing the valuable natural carbon sink capture landscape.

Labour in Trafford made many promises not to build all over our Greenbelt in the last election campaign. But Labour have mislead residents and have not listened to the residents. Labour have actually released vast swathes of Greenbelt and increased the development plans in Trafford in todays final draft.

Trafford Conservative Councillors are bitterly disappointed that the Greater Manchester Mayor, Labour leader of Trafford council, backed by the Liberal Democrats & Greens, have dealt a bitter blow to the borough.

Nearly five years on from the original draft - the Labour Mayor of GM and the Labour run Trafford Council have failed to listen to the concerns people have raised for the last few years.

Labour have failed to acknowledge the GMSF is out of touch with local people. Labour has failed to commit to a brownfield site first policy or offer a clear meaningful plan that takes into consideration public services such as roads, schools & health centres, No consideration has been made of our new Covid world and how vital our Green space is and how our desolate city centres are the first place that we should look at for redevelopment. Large brownfield sites that can be re-energised with the right sort of development. Labour have not considered the mass development that has occurred around Manchester Airport since the original incarnation of the Greater Manchester Spatial Framework. This has meant that the Timperley Wedge is our last bit of Green space in the area.

Labour are forging ahead with a 500sq mile whole of Greater Manchester, every road, street and lane, costly Clean Air Zone (congestion charge) whilst on the other hand planning on building on the Greater Manchester Green Belt.

Please have your say as we will use this petition along with other contributions at the council meeting, demanding the Labour Mayor of GM - Andy Burnham and this Labour Council listen.

(In March 2019 we reached out to the Green Party and the Liberal Democrat party to vote with us to pull out of the GMSF, sadly they amended our motion and watered it down to a meaningless vote that effectively held us within Labour's plans)

We have one last chance SAVE THE GREENBELT

We urge you to email your local Councillors and to fill in the petition below.

Ask the Councillors to support the “JUST SAY NO TO THE GMSF “Greater Manchester Spatial Framework.

Ask them to let you know how they plan to vote and make it clear, in the only way you can, that if they vote these plans through residents will punish them at the ballot box next May.