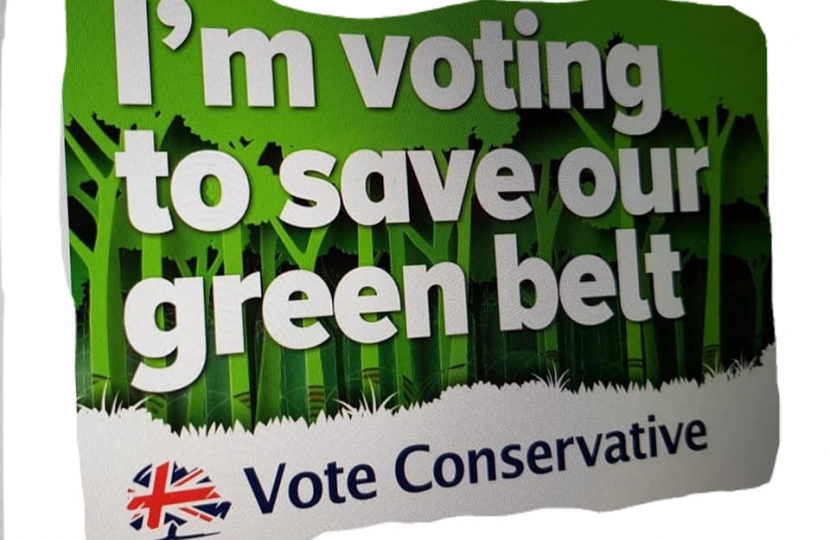 The Labour leadership in Trafford have overseen a bitterly disappointing redraft of the GMSF.  After making many promises not to in the last election campaign, Trafford Labour are still proposing to release vast swathes of green belt - more than any other council in Greater Manchester.

Trafford Conservative Councillors feel that Andrew Western, the  leader of Trafford backed by the Liberal Democrats & Greens, have dealt a bitter blow to the South of the Borough and are amazed it has led to this disaster.  There is still time to stop this attack that will transform Ashton Upon Mersey,  Timperley, Hale Barns, Hale, Altrincham with the arrival of up to 9,000 new residents.  All this as an easy way to boost council tax revenue at the expense of the character and charm of our beloved area.

In Bolton and Stockport - where the Labour Party do not have overall control of the Council, more progress has been made in reducing green belt take, for example in Bolton not a single acre is being released for residential development.  It is clear that where the Labour Party have overall control, they are imposing their plans to build on green belt and providing nothing but vague promises on new transport links.

Nearly two years on from the original draft - the Labour Mayor and Labour Council have failed to listen to the concerns people raised first time round and until they do, these plans cannot be supported and the Conservatives will oppose.

Have your say by completing the survey below!