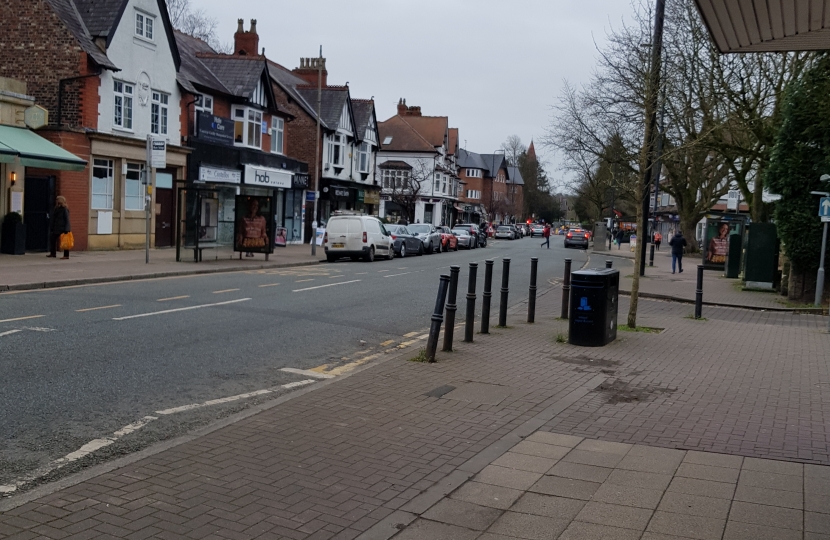 Conservative councillors, activists and the community are disappointed at the way the draft Hale Village Place Plan has been rolled out and the lack of information that has been made available. The consultation period on the Plan has been extended by four weeks and will now close on Tuesday 10 March 2020 at 5pm. Previously, local residents had only been given 4 weeks to digest and respond to the 93 page document which sets out proposals for future development of the village.

The original time frame was considered by many local residents and traders to be inadequate and the case was taken up by Hale Central Conservatives, who visited all the shops and businesses and set up a stall in the middle of Hale alerting residents to have their say. After a relentless battle, Trafford’s Labour run Council has agree to extend the consultation period.

Commenting on the extension, Cllr. Patricia Young from Hale Central ward said “We are relieved that the consultation period for this crucial plan for the future of Hale has been extended. Conservatives had been lobbying Officers at Trafford Council for weeks to echo what local people were telling us that the lengthy document was too much to take in, given the original deadline of 11 February."The extension provides an opportunity for more residents to express their views on the draft plans and the Hale Central councillors urge residents to engage with the consultation and be heard.”

Daniel Chalkin, Conservative activist for Hale Central ward added “This Labour run Council must listen to its residents and businesses. We have made it clear that the information provided at Hale Library was insufficient for residents to make a judgement on the consultation document. Following demands by the Conservatives, a better, but still insufficient range of information was provided and we are pleased to have achieved that success for Hale residents and traders. Daniel also says "I would urge residents to tell their friends and neighbours to get involved. We have seen how the recent roadworks have had a massive negative impact on traders and we cannot afford to lose any more businesses due to mismanagement by the Labour run Council of highways and parking and their total lack of consideration for businesses."

Once the consultation period closes all comments will be used to inform preparation of the final Hale Village Place Plan which will then be considered by the Labour Council Executive for adoption later in the year.

Our plan for jobs is about supporting people to find the jobs that are out there, creating new jobs through investing in our infrastructure and housing, and finally protecting jobs by revitalising the hard-hit sectors upon which many jobs depend.