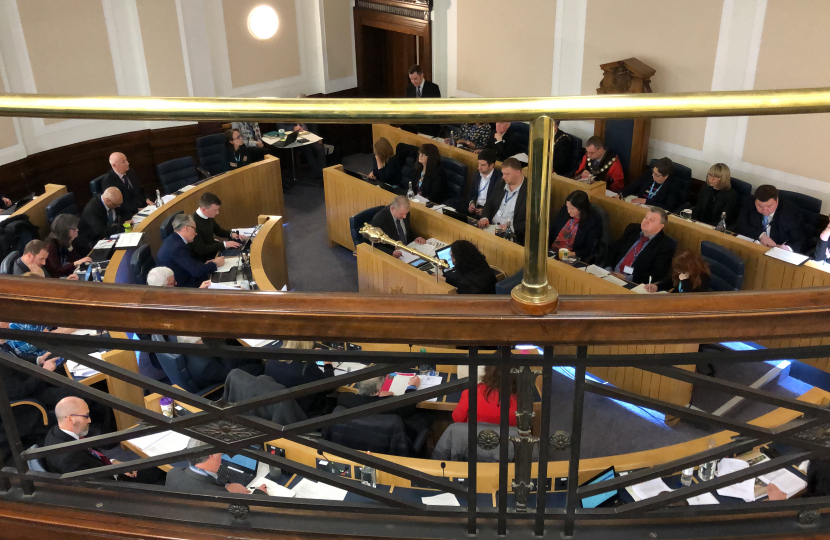 The Labour-led Council has passed the 2022/23 Budget with only the Conservatives councillors voting against it. The eye-watering  budget is set to see residents Council Tax rise by 3.73%, up nearly 20% since Labour took control in 2018. Meaning the average ‘Band D’ home, will see an additional £64.18 added to their household bill bringing it to a staggering £1,784.26.

Labour also chose to raise car parking charges in town centre locations and on street locations with charges to park for over 3 hours increasing by 67% and resident’s parking permits increasing by 14% from £41.75 to £47.50.

Parking charges are another area where we opposed this Labour Budget. The proposals for our town centres are for a two thirds cost increase from £1.20 to £2.00. This is then topped up by another inflation-busting rise in residents parking permits, up 14% from £41.75 to £47.50. This is a huge increase on residents, during a time when the cost of living is rising. The cost rises come after, despite our plea, Labour’s refusal to implement a ‘free after 3’ parking initiative over Christmas, during the worse of the Omicron Covid-19 wave for businesses, when consumer confidence was weakened. We cannot accept such a huge rise in cost for local residents.

“Conservatives however are on the same side as the majority of Trafford residents. The budget report itself states that 67% of respondents to the parking charges consultation were oppose to the 67% increase in charges and 57% of respondents to the parking permits consultation opposed the proposal to increase parking permits by 14%. Despite this, Labour and the Greens have ignored the view of the majority of Trafford residents, and ploughed it through Trafford Council, and yet again, the Liberal Democrats failed to oppose them. It was only Trafford Conservatives who stood up at the Council meeting, and voted against these rises.

“Since entering opposition, Trafford Conservative Group has always aimed to provide a positive and constructive opposition. We have looked at the budget in the past, and tried to amend it where possible. Indeed, when reasonable Conservative budget amendments have been accepted, Conservatives have actually voted for the controlling Labour Group’s budget. However, the 2022/23 Budget was not one that Conservatives could support. Trafford needs a budget that supports residents and makes it easier for our businesses to trade and do well. The 2022/23 Budget Labour presented was not a budget which did that.”