Trafford Conservatives welcome removal of more traffic cones from A56 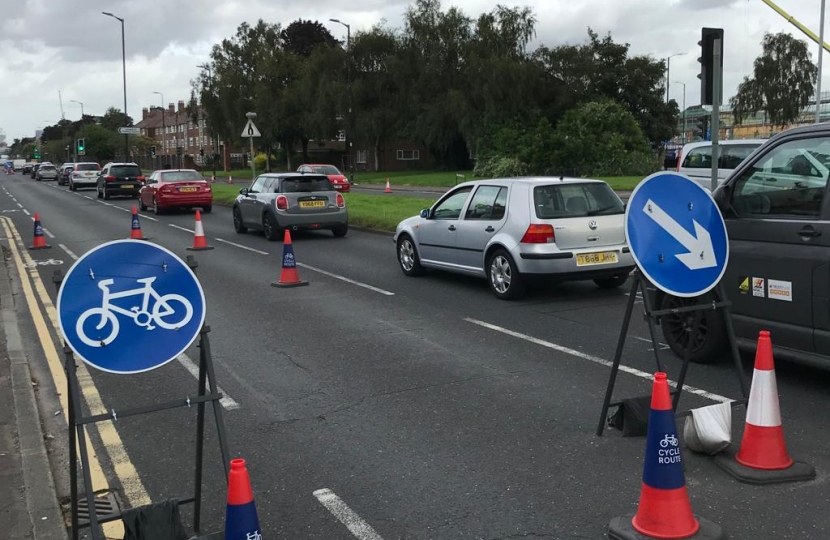 Trafford Conservatives have been campaigning throughout the summer to get the cones removed entirely and achieved some success as the cones were removed from Timperley to Dane Road in Sale. Conservatives believe the cones to be unnecessary, which is a view shared by many motorists who find themselves in queueing traffic while the pop-up cycle lanes are largely deserted. Trafford Conservatives do want safe cycle lanes between Manchester and Altrincham and hope that the ruling Labour administration will consult with residents and stakeholders on how to make the pre-existing cycle lanes safer and will campaign for sustainable cycle lanes that will benefit all residents.

Cllr. Dylan Butt, Shadow Executive Member at Trafford Council for Environment, Air Quality and Climate Change said “While Trafford Conservatives welcome the latest phase of the removal of the A56 cones; we would like this to be the final phase and all the cones to be removed. There is simply no need for the cones to be retained along the Bridgewater Way, the main route for vehicles to use into Manchester City Centre when cycle friendly routes into Manchester already exist through Old Trafford on the old Chester Road and beyond.”

Cllr. Nathan Evans, Leader of the Opposition on Trafford Council said “It is encouraging that the Labour-led Trafford Council has started to listen to residents after our campaign to stop the cones chaos on the A56, but with students back in schools and many residents again travelling to their places of work, the time is right to end all of the lane closures. Conservatives want to see permanent cycle lanes and it is time that Trafford Council worked with motorists and the cyclists to come to a resolution that is a win for everyone.”