Trafford Conservatives shocked at vote to build on the Green Belt 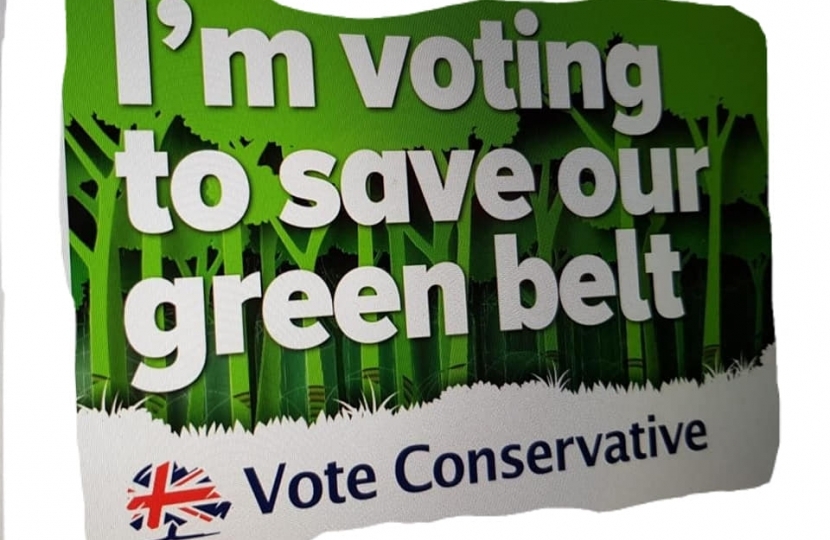 At the July 2021 Trafford Council meeting, the Labour group forced through plans to build on the Green Belt, ‘Places for Everyone’. This will result in the release of Green Belt land across Trafford and Greater Manchester. The plan was previously known as the Greater Manchester Spatial Framework (GMSF), before it was rejected by Stockport Council, and brought back under a new name.

In Trafford, there are two major Green Belt releases through the plan. New Carrington is identified for 4,300 new homes and 380,000 sq. m industrial and warehousing floor space; while the area between Timperley and Hale, the ‘Timperley Wedge’, is identified for 1,700 homes and 15,000 sq. m of office floor space. The resulting Green Belt loss is 100ha at Timperley Wedge and 169ha at New Carrington

“The plan is contradictory in nature and references the plan supporting Greater Manchester’s ambition to be a carbon neutral city-region by 2038 with a key element of this is to require all new development to be net zero carbon by 2028 and to keep fossil fuels carbon in the ground. However, the plan then recommends the building of more homes and associated infrastructure than are predicted to be needed on Carrington Moss and Timperley Wedge which will destroy carbon capturing wetland moss and decimate wildlife. It will also reduce resident’s access to green, open space and will reduce physical activity opportunities.

“There clearly is a need for additional housing in Trafford, but not through the Places for Everyone, which will likely negatively impact on the Council’s declared Climate Emergency’s ambition for a carbon neutral Trafford. The Council instead should remain committed to a Brownfield First policy through its own Local Plan, prioritising housing development on previously developed land and provide protection to our much valued Green Belt. The council themselves have confirmed that there is nothing in the plan which supports a Brownfield first approach.”

Cllr. Dave Morgan, Shadow Executive Member for Environmental and Regulatory Services commented “There’s nothing in this plan to guarantee new transport infrastructure needed. There’s nothing in this plan which guarantees new school places for the families who will move to these new houses; where will they go to school? This plan needs tearing up, and we need to develop our own Local Plan, which supports the needs of local people, not the big developers.”