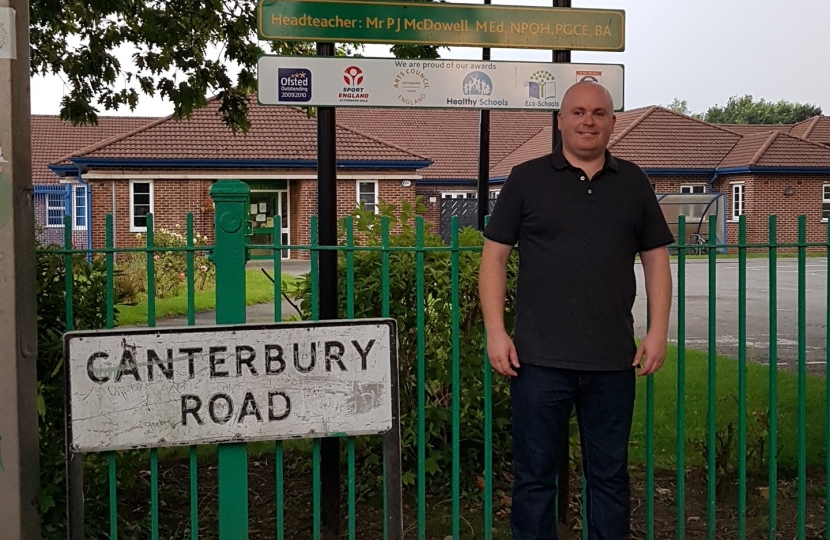 Trafford Conservatives are saying thank you to the hundreds of residents who responded to the survey regarding Labour-led Trafford Council’s plan to put barriers on some roads in the borough to prevent access to motor vehicles, including resident’s vehicles, and also take away resident’s parking on some roads too.

In July, details emerged of council plans to make a number of roads across the borough one way using government funding which was given to the council to enhance social distancing measures. Conservative representatives visited the affected roads to alert residents to what was being proposed and to ask for their views on the proposals. Resident’s concerns were then delivered to the council and the outcomes have been published.

Six roads in the Lostock Road - Canterbury Road area in Davyhulme were proposed to be affected by the proposals and local Conservative representative, Stephen Dillon said “I have been busy working to make sure residents are aware of what is being proposed and to ensure that residents have their voices heard regarding a very speedy and hastily drafted plan that lacked detail.

“There were major questions as to how vehicles such as bin lorries would be able to turn around in the roads and whether new parking restrictions would be required along the roads to enable this. Following feedback from residents my fear was that the scheme would push congestion onto other roads and this would then cause even more pollution from vehicles. A further concern was that the plans would stop people from getting to work easily and would cause gridlock in an already busy neighbourhood.

“Following the feedback it is clear that there are concerns as to how our roads are being used. There have been some fantastic suggestions which show a more detailed consultation, prior to these plans being submitted, should have happened.

“I am delighted however that the views of residents have been heard loud and clear by Trafford Council and that these unwanted, unnecessary proposals have now been scrapped in the Lostock Road - Canterbury Road area of Davyhulme.”