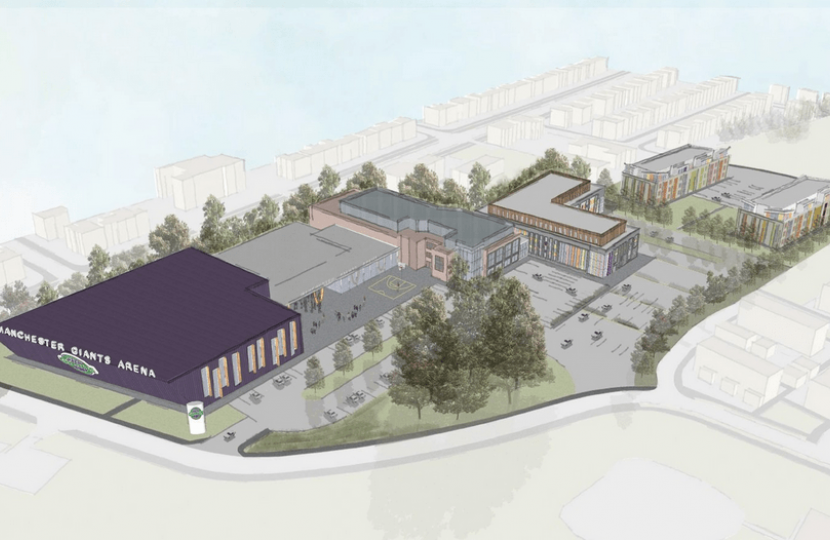 Conservative councillors in Trafford have welcomed proposals to build new leisure centres in Altrincham and Stretford but have called for a greater vision from the Council on future leisure provision, especially in Sale, Davyhulme and Partington.

At a recent meeting of the Executive Committee, the Labour administration approved previous Conservative plans for build new leisure centres in Altrincham and Stretford alongside revised proposals for Urmston but in a disappointing move fell short of an offer for other towns in the borough.

Residents in Sale will have to wait an extraordinary four years until any new leisure provision is created there, despite the fact that the existing leisure centre is in desperate need of renewal.

In Partington, which wasn’t even mentioned in the report, there appears to be no investment forthcoming in what is rapidly become a theme of this new administration if leaving this town behind.

And in Davyhulme, the Labour administration confirmed that George H Carnall will close upon completion of the redevelopment in Urmston, and that all options remain on the table including previous proposals for a sports, health and wellbeing hub anchored by Manchester Giants, despite a pre-election that allowed an impression to be formed that this wouldn’t be the case.

Concern was also raised that the cost of the leisure proposals have DOUBLED to an eye watering £47m in just a few short months and local Conservatives questioned the business case to support borrowing in order to ensure the interests of Trafford taxpayers was protected.

Shadow Executive Member for Communities and Housing, Councillor Laura Evans said “it is fantastic to see Conservative plans for Stretford and Altrincham progress and this is to be welcomed, albeit at a much higher cost to taxpayers.

But we are very concerned that residents in Sale have been left wanting, Partington appears to have been forgotten and isn’t even mentioned and the Labour party confirmed, despite illusions to the contrary, that they will close George H Carnall in 2019.  At the same time, they appear to want to have their cake and eat it by turning away private sector investment from Manchester Giants whilst simultaneously saying it might be an option in future.  Residents deserve much better leadership and vision which for in some parts of the borough, is so clearly lacking.”