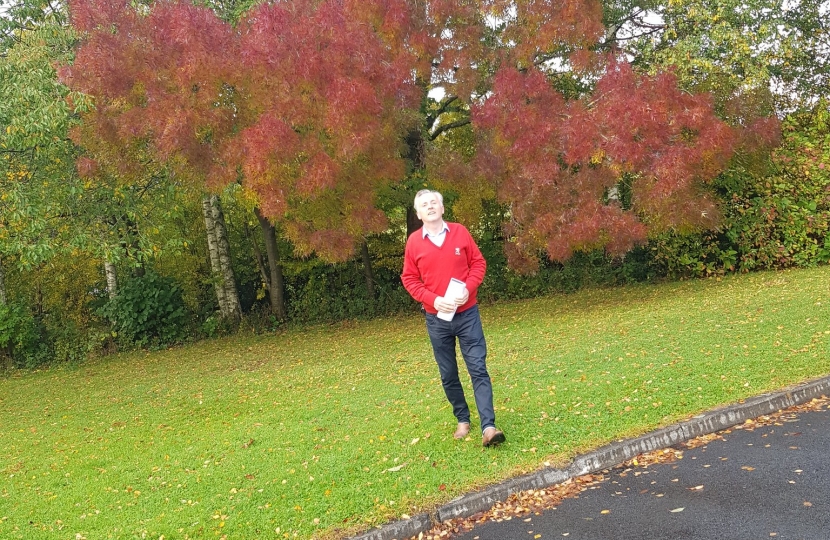 Fair article from the Manchester evening News worth a read see below, however the Labour Leader of the council Cllr Andrew Western pretending to be Cllr Nathan Evans the Conservative opposition leader is somewhat bizarre and offensive. Given the financial mismanagement that Labour has overseen it's no laughing matter.

Plans to build on green belt land in Trafford have sparked a row between party leaders.

The Trafford Conservative group leader Coun Nathan Evans shared a blog post on his group’s website over the weekend, which accused Labour of ‘misleading’ residents over the Greater Manchester Spatial Framework and what it meant for the borough.

But Trafford’s Labour council leader Coun Andrew Western hit back saying Coun Evans was treating residents like they had ‘short memories’ over the matter and the previous Conservative administration’s plans to build homes on greenbelt land in Flixton.

The GMSF sets out the proposed areas for future development of around 20,500 new homes across the whole of the city-region, prioritising building on previously used brownfield sites, but progressing to building on greenbelt areas where necessary to reach that total.

Pretending to quote Coun Evans, Coun Western wrote on Twitter: “I’m Nathan, I think Trafford folk have short memories and I can pretend Tories didn’t want to use more green belt or build thousands more properties on it than Labour [are] now proposing. I also know without GMSF we have to build more but I’ll play cheap as there may be votes in it.”

The plan, once approved, will become a legally binding development plan for all of Greater Manchester’s 10 boroughs.

The final draft GMSF plan was due to be released today (Monday October 5), but it is understood this could be delayed because talks between councils encountered stumbling blocks over the weekend.

The most up to date draft GMSF plan seen by the MEN shows 5,000 homes pencilled in for the New Carrington development in Carrington – a reduction from the previously planned 6,100.

Of those 5,000, 600 would be at Carrington Village, 1,450 at Sale West, 2,600 in east Partington and 420 at Warburton Lane and the New Carrington site is labelled as a major strategic site for Greater Manchester in the document.

The other site allocated to Trafford is Timperley Wedge, which could see 2,500 new homes just north of Hale Barnes, a slight increase from the 2,400 seen in previous drafts.

The council leader added: “Without the GMSF and Trafford Labour’s work we would be building on more of our green belt either through the Tories’ plan, or through the unmanaged and unplanned development on green belt we get with no plan at all. Would recommend residents compare Tories 2016 plan with our plan now.

Coun Evans added he believes now is not the time to be confirming the GMSF, particularly given the recent impact of COVID-19.

He added: “Fundamentally our residents do not approve and we are elected to serve our residents. Using the greenbelt was always the last option given so many other options are opening up.

“In the five years this has been festering Trafford could have delivered our own local plan and delivered for our own residents.