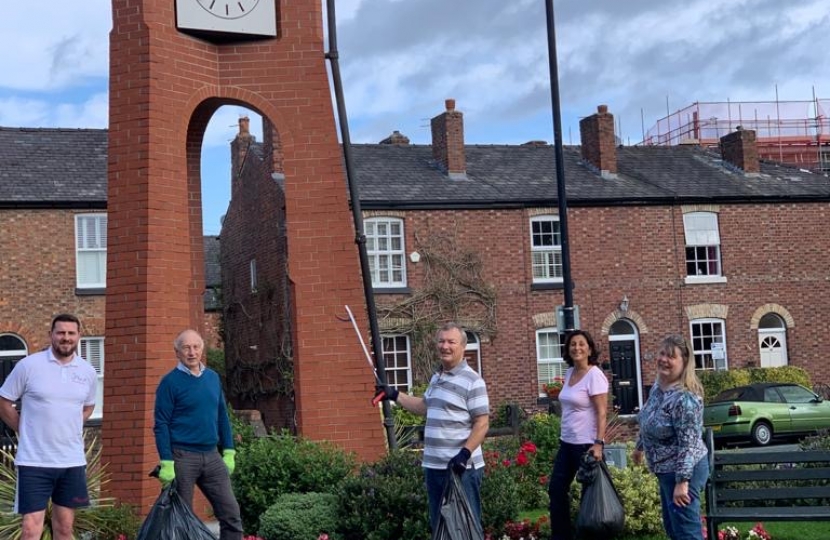 As details of the signed-off ‘Place Plan’ for Hale village start to emerge, local businesses and residents have expressed shock and anger at what is being imposed on them by Labour-led Trafford Council. The plan, which was meant to be a framework for how the village could develop, had already been agreed by the Council before local people could have their say on the proposals. This has caused a lot of ill feeling in the village, especially as comments from local stakeholders, residents, local businesses, Hale Civic Society and Hale Central councillors, given as part of the consultation process seem to have been largely ignored and the final version is nearly identical to the draft plan, published earlier in the year.

The main fear for Hale businesses and residents is that proposals to remove valuable parking spaces in the village will force vehicles onto residential roads, which are due to have more resident parking schemes introduced. Businesses are worried that it will also impact on convenience for shoppers, visitors and parking for employees that contribute significantly to the Hale economy.  This will lead to business, retail and the nightime economy in Hale will be hit hard as people choose to go elsewhere.

Denise Laver, Chairman of Hale Civic Society said “The council claims that only 6 businesses took part in the plan’s consultation phase which simply cannot be true as I alone collected and delivered more than 35 business responses to the council. The consultation process was flawed as it wasn’t inclusive, lacked hard copies of the document for people to read and originally only gave 4 weeks to digest and respond to a complex 93 page consultation document.

“Hale Civic Society has been trying to ensure Hale prospers for over 60 years and the society was originally excited about a plan which was sold to everyone as one which would help the village move forward. Unfortunately, we have discovered that the secret plan is actually an unfunded, unmandated assault on motorists to drive them away from Hale to other areas, where no doubt, they will be welcomed with open arms.”

Hale Central councillors speaking with one voice added “Regrettably, Trafford Council has not listened to the views of Hale businesses and residents and looks set to impose an unwelcome and ill-thought out plan on the village which will have the result of stifling any prospects of growth at a time of a global pandemic.

“It is also wholly undemocratic that the Council is reporting that the plan has been signed-off before anyone in Hale has even seen it. Conservatives will be calling for the plan to be put on hold and a further and truly meaningful consultation to be undertaken on what is being imposed on the village.”