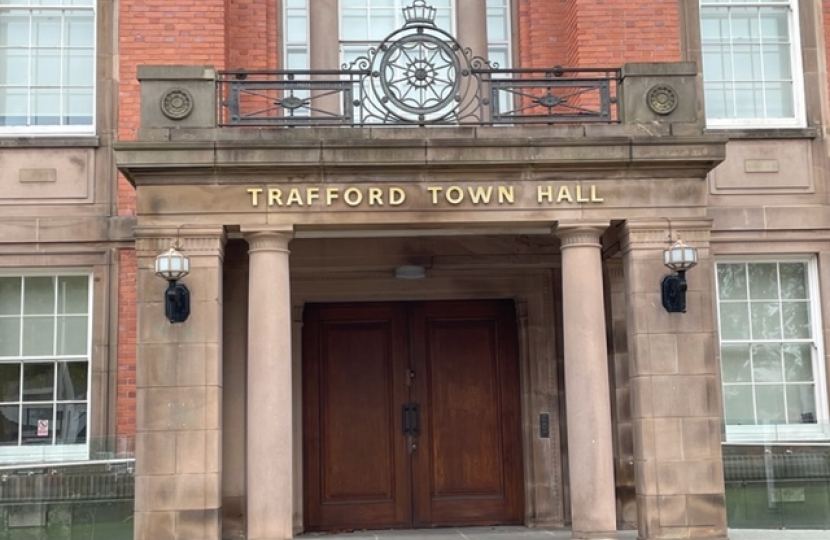 The December 2021 Trafford Council Executive meeting approved a plan to enter into a joint venture with the Greater Manchester Combined Authority and a developer partner to support the proposed residential led mixed-use development of the old Greater Manchester Police headquarters in Stretford.

The meeting also approved £642,500 of funding needed to procure the development partner and obtain detailed planning consent for the scheme. The funding would be charged to the council’s Asset Strategy Reserve in the event the scheme did not proceed.

Should the scheme progress, it is anticipated that the redevelopment of the site would lead to 758 new homes on site; a new hotel; 62,150 of new commercial space; a parking hub and rooftop food hall; 9,800sqft of office space and work units. There is an aspiration for 25% affordable housing on the site and the report states that the mix of affordable tenure is to be determined by future work, but the inclusion of a greater proportion of social housing would impact on the viability of the scheme

Regarding the agreed plan, Cllr. Daniel Chalkin, Shadow Executive Member at Trafford Council for Housing and Regeneration said “Trafford Conservatives welcome proposals to redevelop this key strategic development site which forms a key part in the delivery of the wider Civic Quarter Area Action Plan and will ultimately form part of the emerging Trafford Local Plan. There are aspects of the plan that we have concerns with however, not least that it exposes the council to a potential loss of £642,500, should the joint venture not be pursued following that initial expenditure. There is no guarantee that the site will be developed in the way that is anticipated, particularly if planning permission is not granted. That would then leave local Council Tax payers to pick up the bill for a failed venture.

“While the approved plans at this stage only approve the principle of the council entering into a joint venture agreement and associated cost to the council, it would have been helpful if more details had been made available regarding associated infrastructure to support the planned new homes, retail and leisure offer. There is no detail on where the new residents would send their children to school for example. Councillors became aware from the September 2021 Executive meeting that in the Stretford school place planning area, there was only a 8% vacancy rate for primary school places. These empty places are being impacted by unprecedented levels of additional demand for school places from families newly resident in Trafford. The site is also in close proximity to the two Old Trafford stadia and there is no detail in the report of mitigation measures to reduce traffic congestion in the area, particularly on event days.

“Trafford Council has recently refreshed its Corporate Plan, with the 3 priorities being to reduce health inequality; support people out of poverty and to address our climate crisis. Through this plan, there are concerns about adding more residential space in an area that is well known for its poorer health outcomes compared to the rest of the Borough, and before changes to infrastructure are made or an improvement in air quality is seen in and around Trafford Park.

“The agreed plan is short on detail of why Trafford Council Tax payers need to be exposed to such financial risk and short on detail of how the new development will impact on the local neighbourhood. Conservatives will be closely monitoring this scheme as it evolves to ensure that the risks to the council and residents from it are kept to a minimum.”