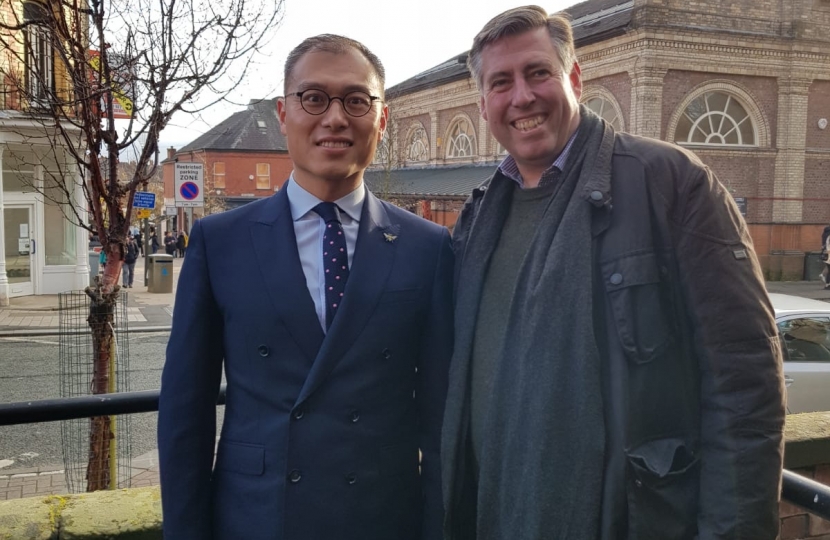 In 2011, the then Conservative-led Trafford Council bought together all the key players in Altrincham to drive forward the regeneration of Altrincham town centre. The town has thrived since and has picked up awards along the way such as the Best High Street in England in 2018 and the Best Place to Live in the UK in 2020.

Since 2018 the council has owned and operated the Grafton Centre in the town, which sits at a strategic position at the junction of Regent Road and Stamford New Road.  It has increasing become vacant over the last two years and the council has now abandoned looking for a  joint venture partner to redevelop the centre and is asking commercial real estate services company CBRE to come up with alternatives.

Trafford Council bought the centre as part of its Investment Strategy which has a pot of up to half billion-pound pot of borrowed money available to be invested mainly in commercial property, namely tired shopping centres. When Covid-19 first hit our shores and it was clear that traditional retail was in serious decline, the Council was still investing. A disastrous return on this outlay may now come home to roost sooner than anyone could have imagined, with the taxpayer bearing the brunt of the cost.

Cllr. Dave Morgan, Shadow Executive Member at Trafford Council for Housing and Regeneration said, “At a time of huge economic uncertainly, I am baffled as to why Trafford Council has again changed its plans for the Grafton Centre in Altrincham yet again. The centre is a key part of the redevelopment jigsaw and for the council to again lose the respect and trust of potential redevelopment partners is quite shocking. Potential developers have had to redraw their proposals for how to develop the centre from being a development manager to joint venture role and now the Labour administration has put a stop to the whole process.

“I will also be asking the Council how much it is costing Council Tax payers for this abandoned joint venture procurement exercise.”

Dr. Shengke Zhi, Conservative representative for Altrincham added “The business community needs certainty at this time and this decision in another example of the mismanagement and incompetency of the council’s Labour administration. I am genuinely worried that the ideologically driven Labour administration will throw away the opportunities that the Conservative-led regeneration of Altrincham brought about and will frighten away the investment that Altrincham town centre still needs at this crucial time.”

We are providing £280 billion to get our country through coronavirus. Rishi Sunak’s 2020 Spending Review sets out how.